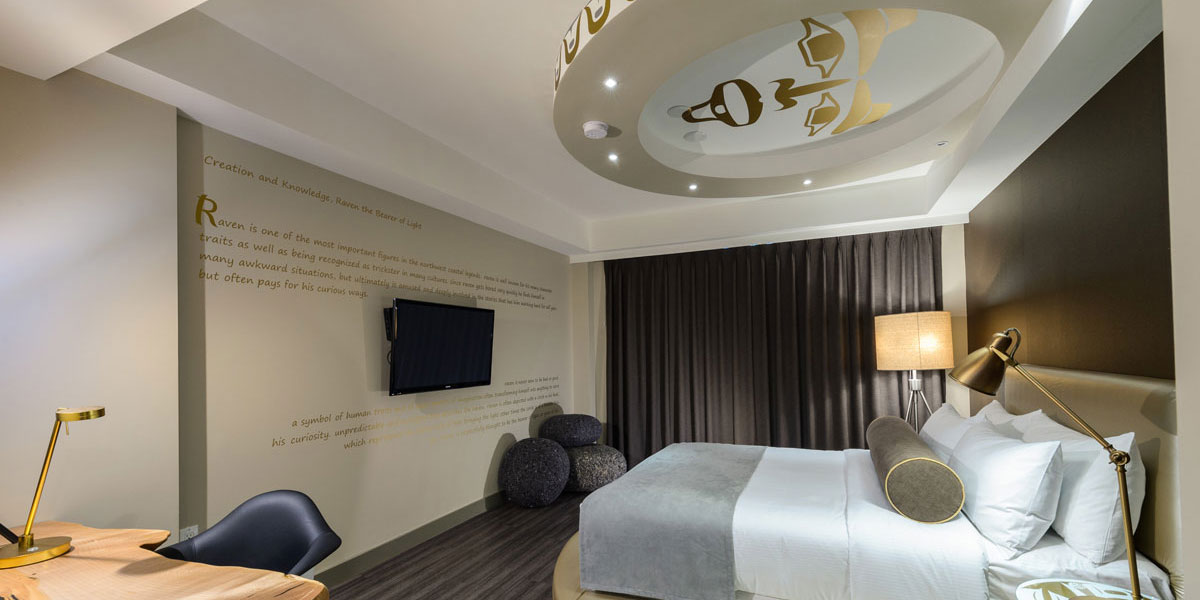 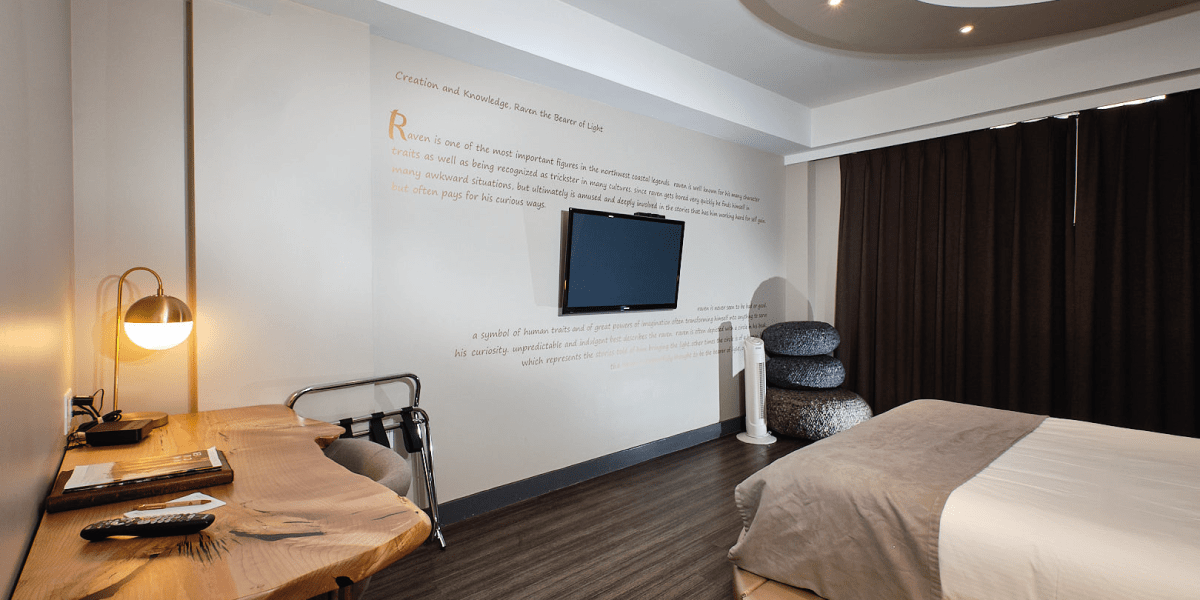 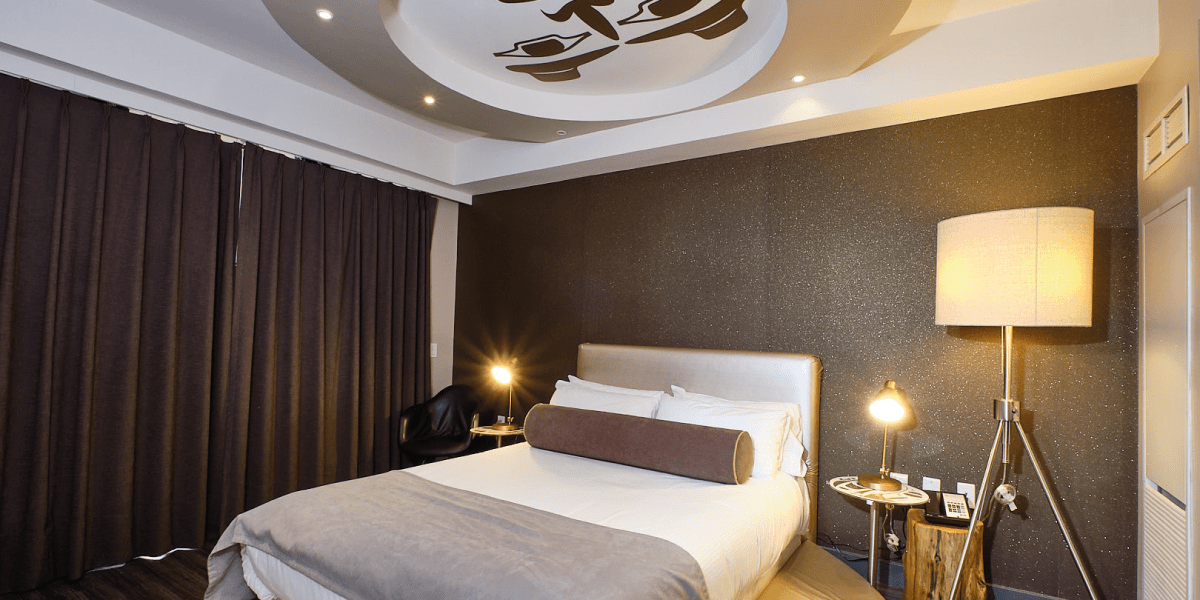 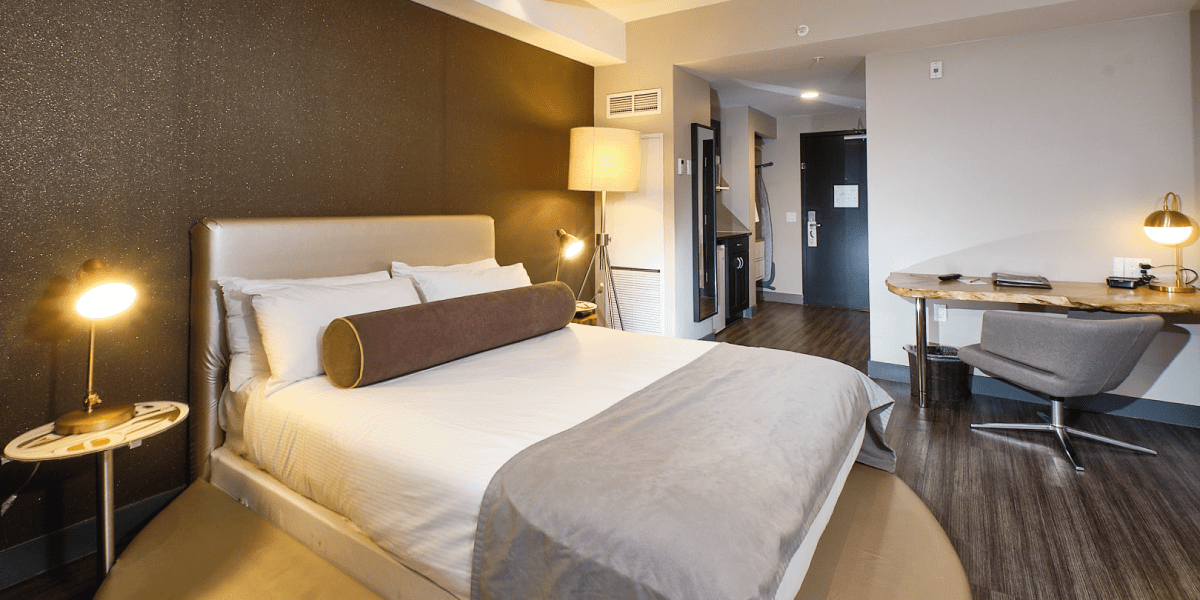 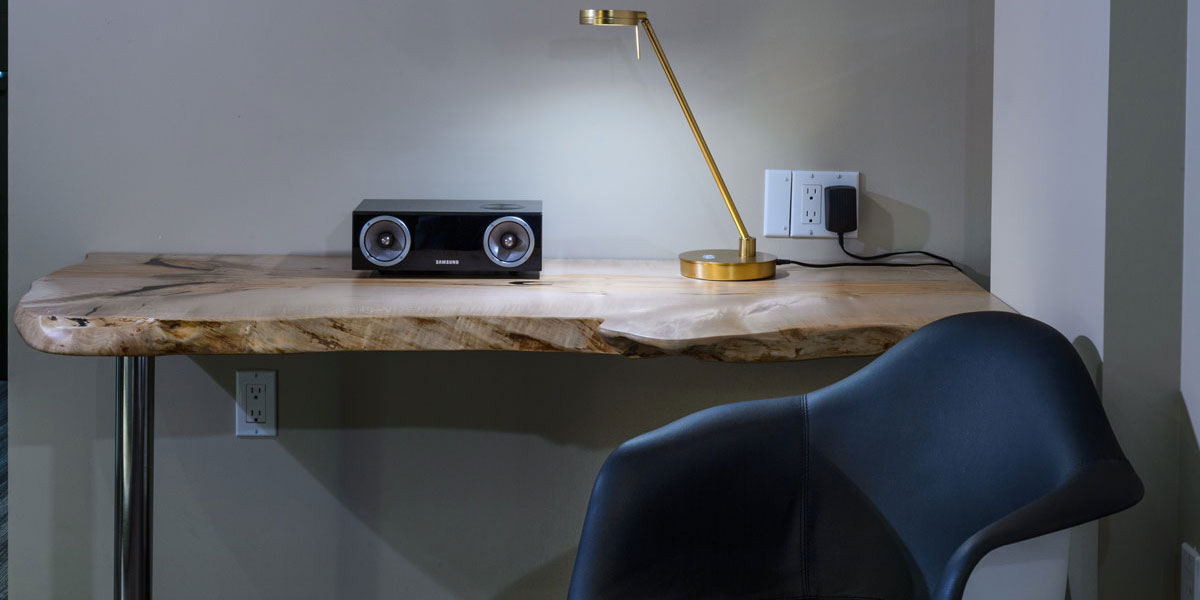 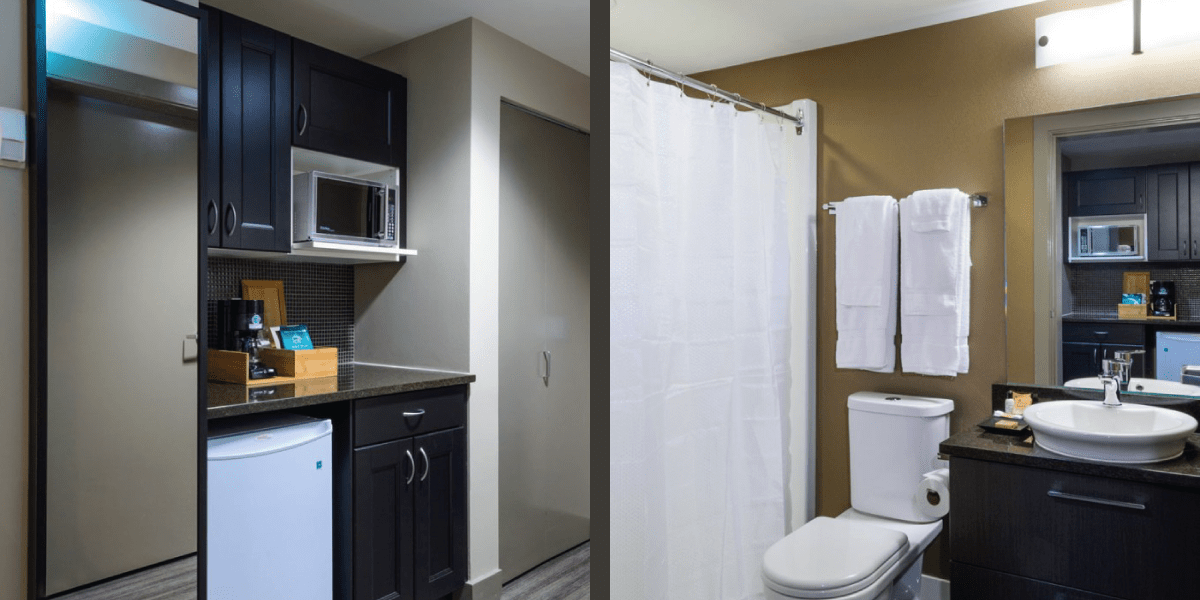 Delivered to its heavenly perch by the daring Raven, the Golden Moon watches over the world below.

The Raven is a prominent figure in Aboriginal mythology, a trickster god whose deeds have shaped the world into how we know it to be today. One such act of divine mischief leads to the creation of the sun, stars and moon. When the Raven stole these prized possessions from the Chief and released them into the sky, he brought light into a world that had otherwise been dark.

This tale of creation inspired artists Mark Preston and Sabina Hill to design the Moon Room. Painted within the circular dropdown ceiling is a golden moon motif. From his high vantage, the Moon watches

oversleeping guests as the guardian spirit. The circular bed frame was created to mirror the Moon and is book-ended by two raven nightstands. This placement symbolizes the iconic imagery of the Raven flying with the Moon in its beak, soon to be released into the sky. Together these various artistic elements pay tribute to the legendary relationship between the Raven and the Moon.

Given the mythological inspiration behind the Moon Suite, MCM Interiors wanted to extend this spiritual feeling throughout the room. They did this with light fabrics and neutral tones, which give the suite an

airy quality, reminiscent of Raven’s journey across the sky with the Moon.

The soft colour palette also complements the room’s striking gold accents: the moon motif and Raven’s story lettered on the feature wall. A delicate yet commanding colour, gold is used to direct guests’ attention to the artistic accents that identify the inspiration behind the suite without overwhelming the overall design. Altogether the Moon Room is an ethereal space that commemorates this traditional tale.

Hi-Def Cable With Dozens of Channels

Tea Kettle With a Selection of Paisley Teas

Iron With Full-Size Ironing Board