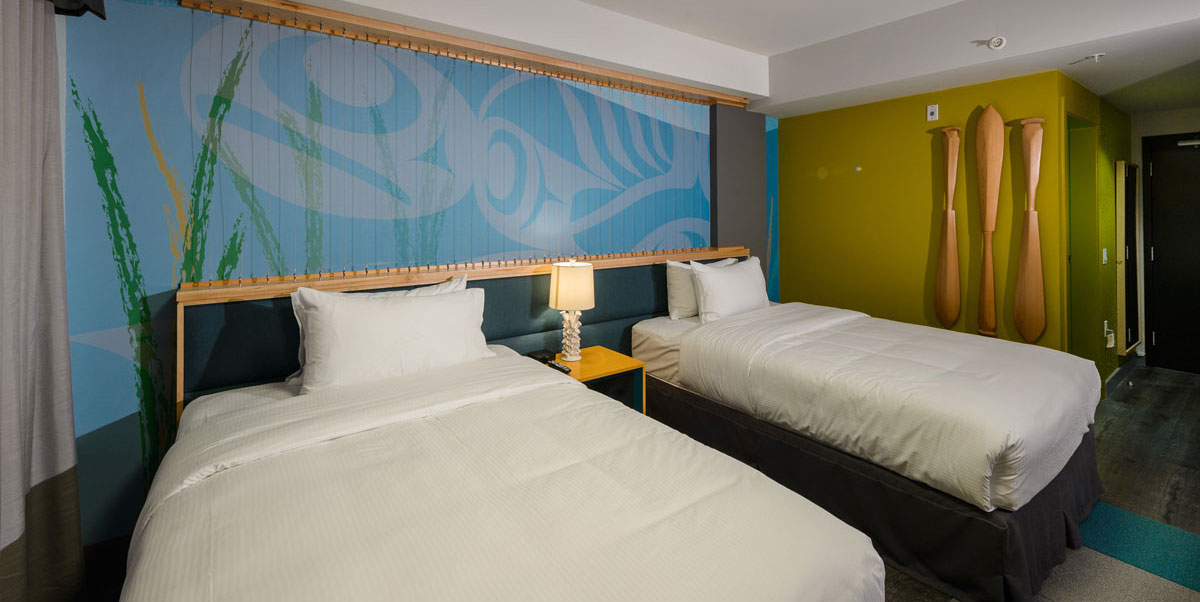 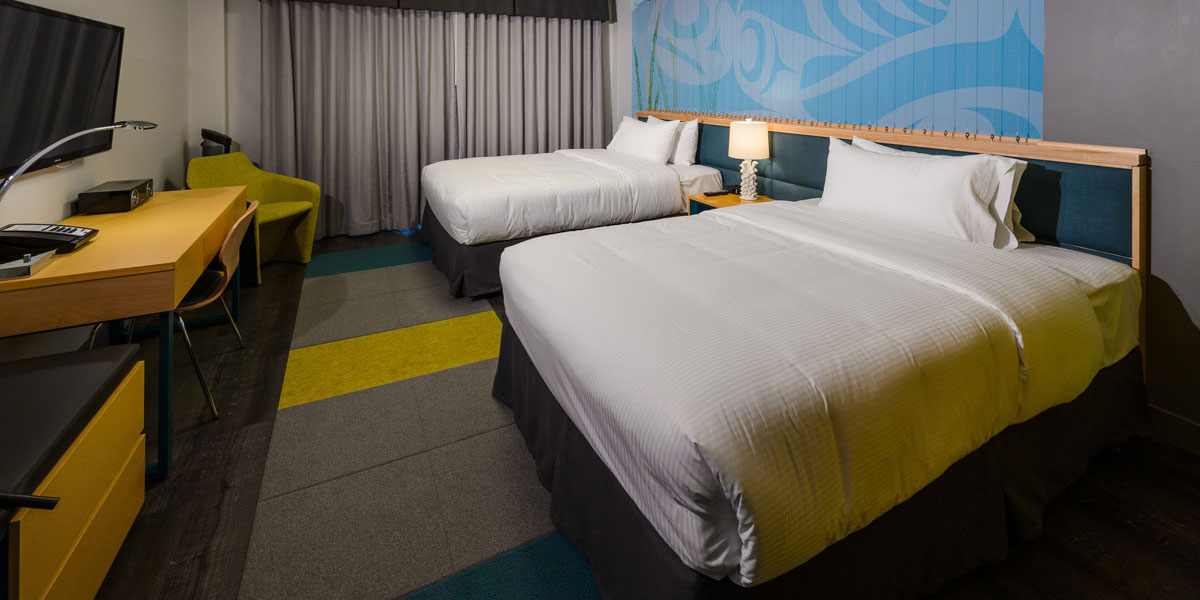 The Salmon gives life to humankind through its generosity and in return the people only take what they need from the Sea Kingdom.

According to Kwakwaka’wakw legends, the Kingdom Beneath the Sea is home to some of the greatest wealth known to mankind. It is the place where many of our People originate – including the Salmon People. In this illustration, the Salmon return to feed the People, honouring a promise made between the two at the beginning of time.

To reciprocate and honour the Salmon’s gifts, the people agreed to always keep the Salmon’s spawning grounds clear, to take only what they need from the Sea Kingdom, and to return the bones of the Salmon to the water so the fish can return once again.

The oceans sacred waters hold much mystery and enchantment, which the Inside Design Studio team aimed to capture in their creation of the Sea Kingdom Suite. Using a palette of bold greens, soft blues and fresh teal they recreated the colouration of our Pacific coastal waters. Inspired by the Kwakwaka’wakw legends invoked in artist Lou-Ann Neel’s featured artwork, the suite engages guests in an experience of visual storytelling. The headboard wall features a wire loom installation backed by a large-scale salmon motif. The wires shimmer like the ripples at the surface of the ocean, while the Salmon swims amongst the reeds below. Together these layered elements add texture to the feature wall creating a three dimensional design experience.

Wooden paddles and a white coral lamp carry the sea inspiration further throughout the suite. These artistic details are complemented by the bold teal and citrus accent colours and offset by the warm wood tones in the chosen furniture. The Sea Kingdom Suite welcomes guests into an underwater oasis in tribute to the Kwakwaka’wakw legends that inspired its design.

Iron with full-size ironing board

Ensuite bathroom with walk in shower

Tea kettle with a selection of Paisley Teas